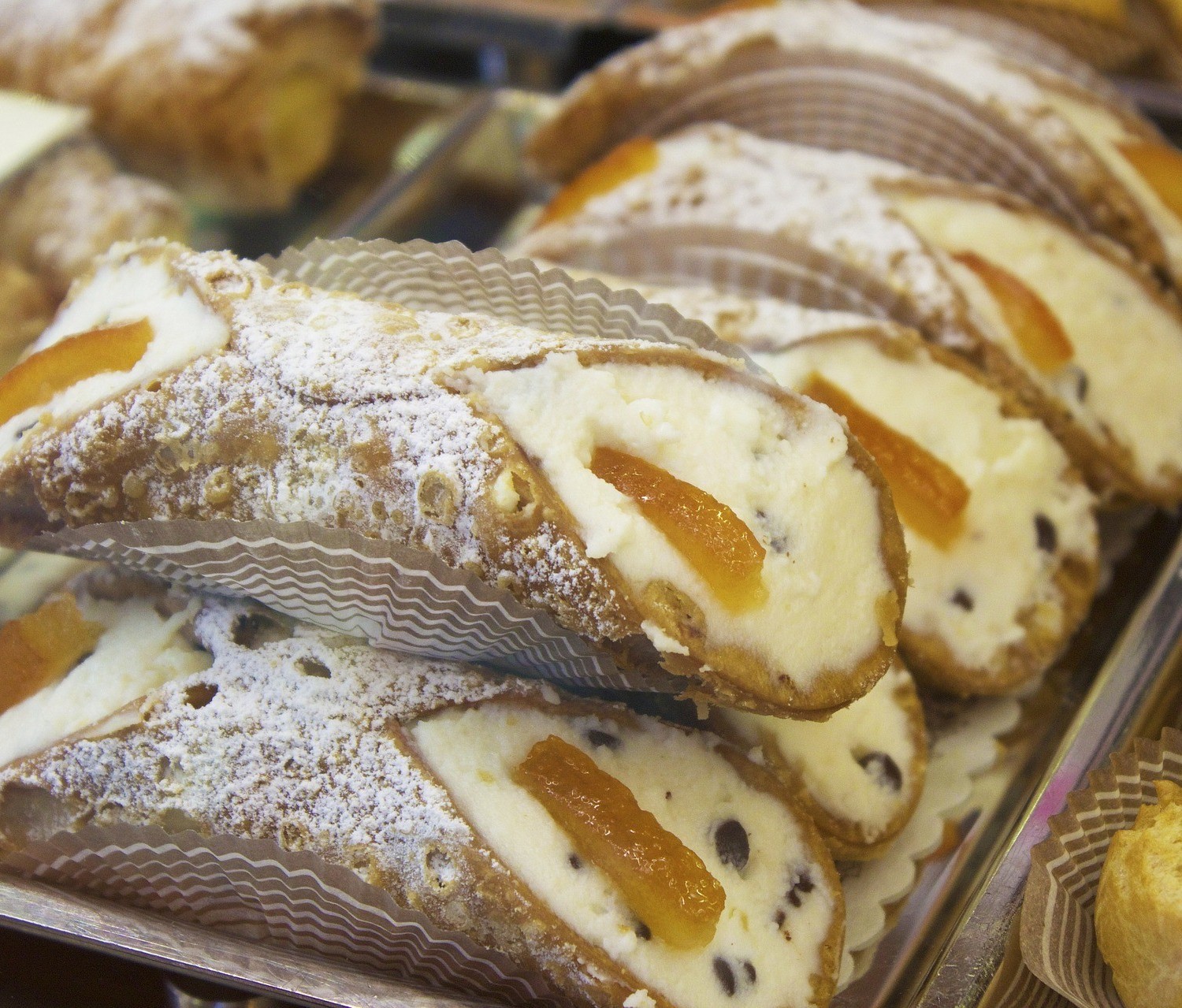 When we thinks about Sicily, the beautiful beaches, the fascinating monuments and the thousand-year-old and varied culture immediately come to mind but before all this stuff, before the beautiful Volcano Etna, the blue sea, the valleys of the greek temples CANNOLI comes to our mind.

A dessert now known and appreciated all over the world, a pillar of “Sicilian Culture“. We can safely say that visiting Sicily without eating cannoli is like not having visited it at all.

For those who do not know it (We doubt there is someone who does not know what we are talking about) the Sicilian cannoli is a dessert consisting of a crunchy fried wafer in lard, called “scorza (rind)“, filled with sheep’s ricotta cream with a sprinkling of chocolate or pistachio and candied fruit at both ends.

But what are the origins of this dessert? Who should we thank for this “heritage of humanity” ?!

In an ancient land dominated by thousands of cultures such as Sicily it is very difficult to find the historical origins of its heritage and everything get lost in fascinating mysteries that become pleasant topics for discussion to be addressed to the BAR by consuming a tray of cannoli.

There are many legends that tell the origins of the Sicilian Cannoli but no absolute confirmations. We at JustSicily, lovers of Sicily and all that resides in it, decided to list them below so that you can decide to believe what you like the most.

The Sicilian Cannolo, true carrier of union between Islam and Christianity.

It is said that the wives of the emir, to deceive the time, devoted themselves to the preparation of extravagant dishes and would modify the recipe of an already existing Arab sweet, made of ricotta, almonds and honey, reworking it and mixing it with the Roman recipe giving birth to a dessert that would later become universally known.

Subsequently, with the end of the Arab domination in Sicily, the harem disappeared but probably, some of these women, remained in Sicily and converted to the Christian religion, withdrew to the monasteries, bringing with them the recipes they had developed for the courts of the emirs.

According to this story, the origin of Sicilian cannoli was a recipe handed down by Muslim women to the Christian nuns of Caltanissetta, who began to produce the sweet initially during the carnival period, and then became use and produced all over the year. 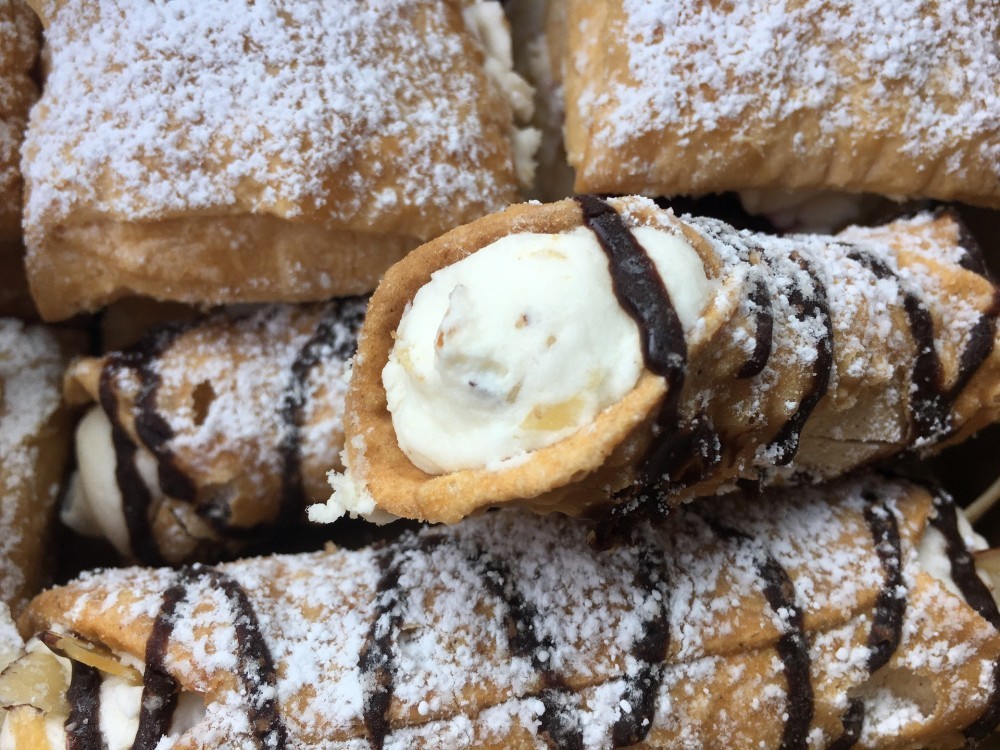 Cannoli and the inevitable “visual misunderstanding”.

Even if the vulgarity is in the ears of the listener or in the eyes of the observer we know well what you are thinking, that the typical shape of the cannolo has become over time the subject of more or less pleasant jokes.

While trying not to take an official position, we will try to tell you about the possible origins around the typical cylindrical shape of this dessert and its famous name.

Let’s get rid of the tooth, the first hypothesis brings to mind the phallic form that is thought to have been created by Arab women just as praising the “Ability” of their distant men. Later this”Ability” was maintained because the same concept is associated with the superstition in fighting the evil eye in the Catholic religion.

Another origin is thought to derive from the preparation of this dessert on the occasion of the Carnival. the Cannoli should have its own shape and also its name due to a carnival joke that consisted in letting the ricotta cream come out from the “cannolo” instead of water, in fact the word “cannolo” was a dilettale term that indicated a sort of ancient tap.

We have seen how the Sicilian Cannoli, beyond its extreme goodness, has been the object of reunification between different cultures and religions, element of valorization of the female work and symbol against misfortune. In short, going beyond the rind, ricotta and candied fruit we are talking about a real Sicilian super hero.

Did you want to eat a nice and real Sicilian Cannoli? Well, we at JustSicily know that food is an important cultural element and we want to invite you to discover our tours that include an immersion between culture and good food!

Palermo Walking Tour – The Sovereign and the People

Palermo Walking Tour – The Baroque and the Aristocracy

Do not hesitate to contact us for more information