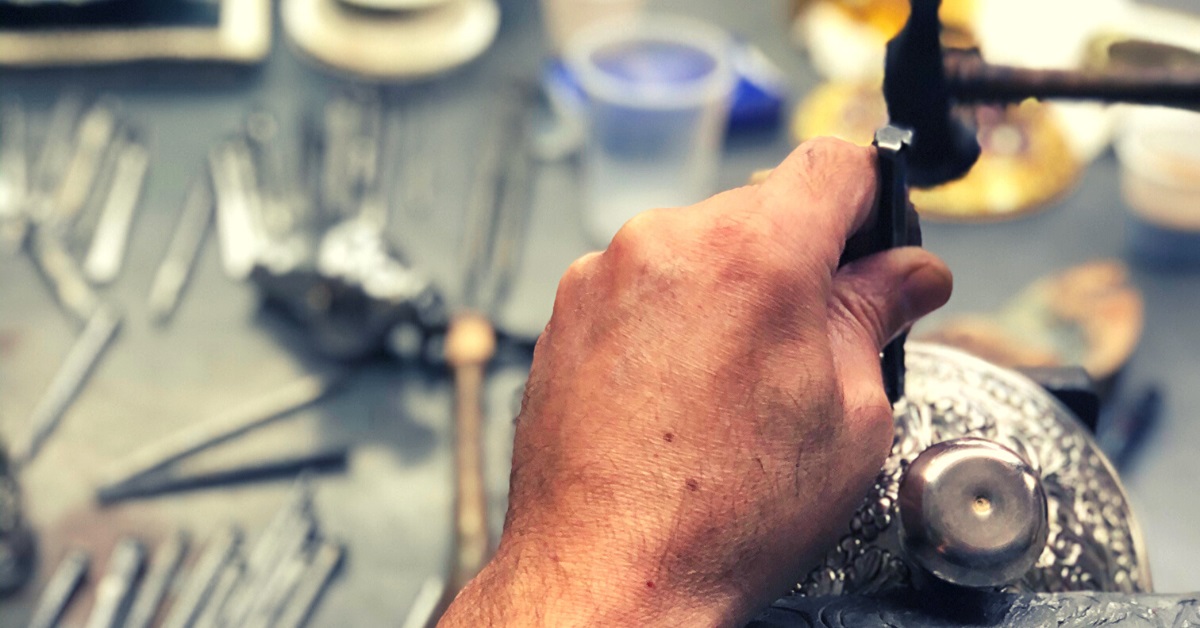 A story of hands that tell stories of love and art

The history of Palermo is closely intertwined with the history of its inhabitants who for decades have handed down the fascinating and ancient workers from generation to generation. Palermo has a precious artisan tradition, a story made of hands that tell stories of love and art.
The artisans are custodians not only of making hands but of stories full of experience, of movements handed down from eye to eye that guards the stories of entire families. The enormous merit is to have preserved a knowledge that otherwise would have been lost in a historical moment increasingly subject to technologies.

Palermo boasts a rich tradition of artisans, also evident in the toponymy of the city. To mention only the most famous streets that still exist, you can stroll along via degli Argentieri, via degli Orafi, via degli Ambrai, via dei Chiavettieri, via dei Biscottai or via dei Bottonari. But there are also more composite examples such as:
Vicolo degli Acquavitari where you could sip brandy and iced drinks such as water and zammù (anise).
Strada dei Cafisari, still present in the Albergheria district. Here were the shops of the sellers of oil that was sold in a container called u cafisu.
Strada dei Barbieri, where in the 15th century the first barbers settled in what was the ancient Arab shipyard, the Tarzanà. Today it is via dei Cassari, whose name derives from the sellers of coffins settled in the street, after the barbers.

Our tour will allow you to immerse yourself in these ancient shops, to get to know these crafts and the places that have welcomed them for decades, preserving the magic that only places full of history and experience have.
You will meet men and women who have been in those shops since they were children, who learned the trade from their grandparents and who still hand it down with pride and dedication because Palermo also has a nostalgic soul that clings to its roots and traditions aware of how much wealth they contain.

A generation of new artisans for a present that does not forget its origins.

There is a new and interesting generation of artisans in Palermo who have combined modern technology with manual techniques. They are called makers and are writing a new page of craftsmanship. The merit of the craftsmanship has been to know how to evolve and develop over time without static but following the times and feeding on innovations, creating products today that are the result of travel, collaborations, expertise acquired from other experiences. The workshops of these artisans that you will meet while walking in the historic center are a tangible example of a generation that listens to those who preceded it but contributing and enriching their work with a completely different vision. Contemporary craftsmanship not only takes up ancient crafts such as leather and woodworking, painting of canvas and terracotta, the creation of jewels but has also created new and unprecedented intersections such as products created with now disused sails or binding. of notebooks with recycled materials.

Tour of the ancient artisans of Palermo

With our Daily Tour in the historic center of Palermo among its alleys you can discover the ancient traditions of the artisans, meet them in person and listen to the secrets of these ancient professions.