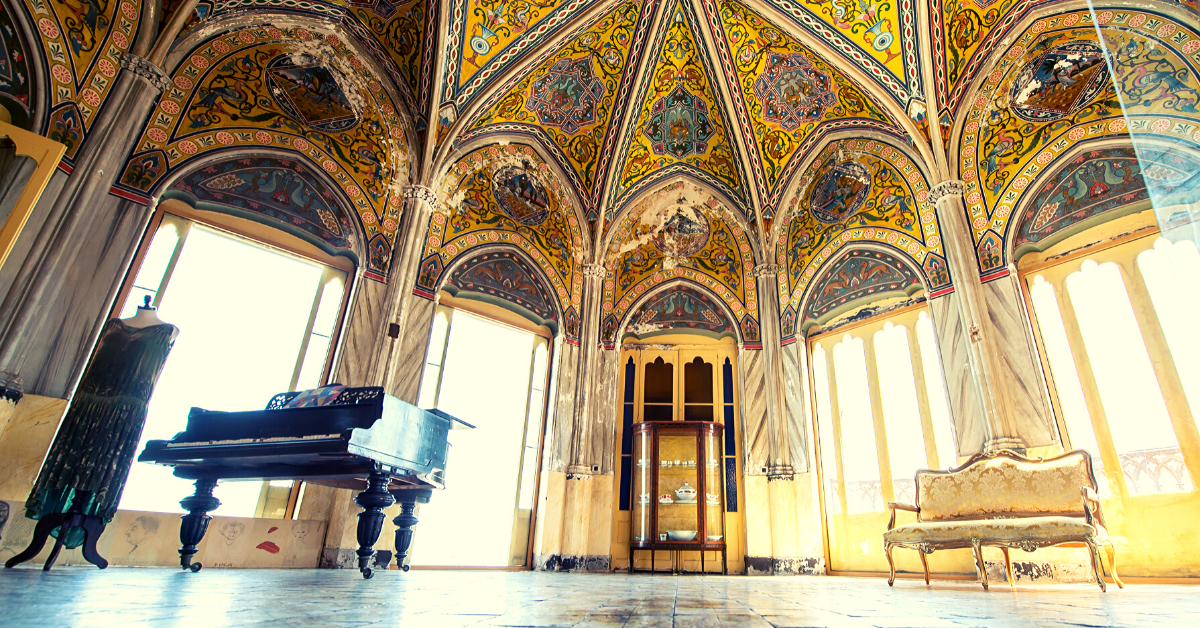 A history of art, culture and hospitality.

Palermo has been lived in and crossed over the centuries by a succession of peoples who, with their cultures, traditions and legacies, have added value and meaning to this city, leaving traces of their passage in the urban fabric, in the mild air full of scents, secrets and beauty. A beauty that will fill your eyes with diversity because Palermo can be many things but it is never monotonous, it is always surprising in its contrasts.

In our Walking Tour The Regnants and the People you will walk with us through the streets of the historical center where the majestic beauty of the noble palaces, the squares with their amazing architecture, the baroque churches and the art that surrounds every corner of the city, alternate with the abbanniate (the screams) that resonate in the markets, the intense smells of land and sea, the dark and deep eyes of its inhabitants who for generations keep ancient crafts and unchanged over time.

You will be amazed by the majesty of the Royal Palace or the Normanni, a place that holds not only great riches but the tangible memory of a thriving culture, open, embracing disciplines from astronomy to literature. A culture that has remained in the openness to the new, in the innate tendency to share and unite that make Palermo a city for anyone who wants to be an inhabitant. You will visit some amazing churches and conclude in what is called the Teatro del Sole, the Piazza dei Quattri canti, the heart of the city center.

In our Palermo City Tour The Lions of Sicily. The origins of the Florio family you will discover how much our city should be grateful to this extraordinary family.

Palermo, in fact, has always been a source of inspiration for many minds that have found here a fertile ground for their inspiration and ingenuity. Among the many who have contributed to enrich its greatness, a special place is certainly reserved for the Florio family. A family that has invested its resources and genius to make Palermo an emblem of Liberty and Art Nouveau in the world. A family of patrons who forged not only palaces but an attitude to beauty that has embellished our eyes and will fill yours with wonder.

You will see in the styles that alternate, in the flavors of traditional cuisine, in the faces of its inhabitants, traces of all the peoples who have traveled this land and have always left something to cherish. Palermo today is modern but maintains a slow pace of the rhythms of the south that have the taste of things done well, with care. A calm that creates well-being, relaxes thoughts and will allow you to absorb this ancient and inexplicable energy that surrounds Palermo.

Palermo is a promise, whispered with a tight mouth. A promise of shadows and lights, splendor and decadence, a succession of contradictions that will make your trip extraordinary and will make you want to come back again because beautiful things, you know, are never enough.

Palermo Walking Tour – The Regnants and the People

The Tour The Regnants and the People begins at the Massimo Theatre where you can admire the imposing structure of the largest Opera House in Italy.

A few steps you will enter the heart of the historic market U Capu where history, tradition and street food mix with the voices and faces of the people of Palermo. There hides a newly restored baroque jewel, the church of the Immaculate Conception.

Through alleys and ancient buildings here you are at the Norman Cathedral where are the remains of Frederick II of Swabia and the silver “Vara” of Santa Rosalia.

Among the gardens of Villa Bonanno and the ancient Roman ruins of Paleopoli you will be at the Royal Palace or of the Normans that holds 3000 years of our history and the beautiful mosaics of the Palatine Chapel where Arabs, Byzantines and Normans shared knowledge, esoteric secrets, life and customs in great tolerance.

Skirting the ancient fortifications you will photograph San Giovanni degli Eremiti, a suggestive Arab-Norman architecture with its peculiar domes.

Discovering medieval quarters, Spanish facades and courtyards of historic houses you will walk along the “Cassaro” to conclude your tour at the Quattro Canti or Teatro del Sole, an elegant baroque structure.

Palermo City Tour – The Lions of Sicily. The origins of the Florio Family.

Inspired by the best seller of the same name, our tour The Lions of Sicily will let you discover the origins of one of the most important Sicilian families: “I Florio”.

Starting from the historical center to the Arenella area, you will taste the atmosphere of Palermo’s Belle Epoque, through the stories of a great family of entrepreneurs and barons who lived in Palermo between the 18th and 20th centuries.

Starting from Piazza San Domenico with a visit to the Florio grocery and the royal foundry Oretea until you reach the Cala of Palermo. The next stop includes a visit to the Villino Florio all’Olivuzza to visit the places related to the history of the Florio family. Penultimate stop is the exclusive visit of the Palazzina dei Quattro Pizzi to visit, concluding the tour in the beautiful Piazza Marina.