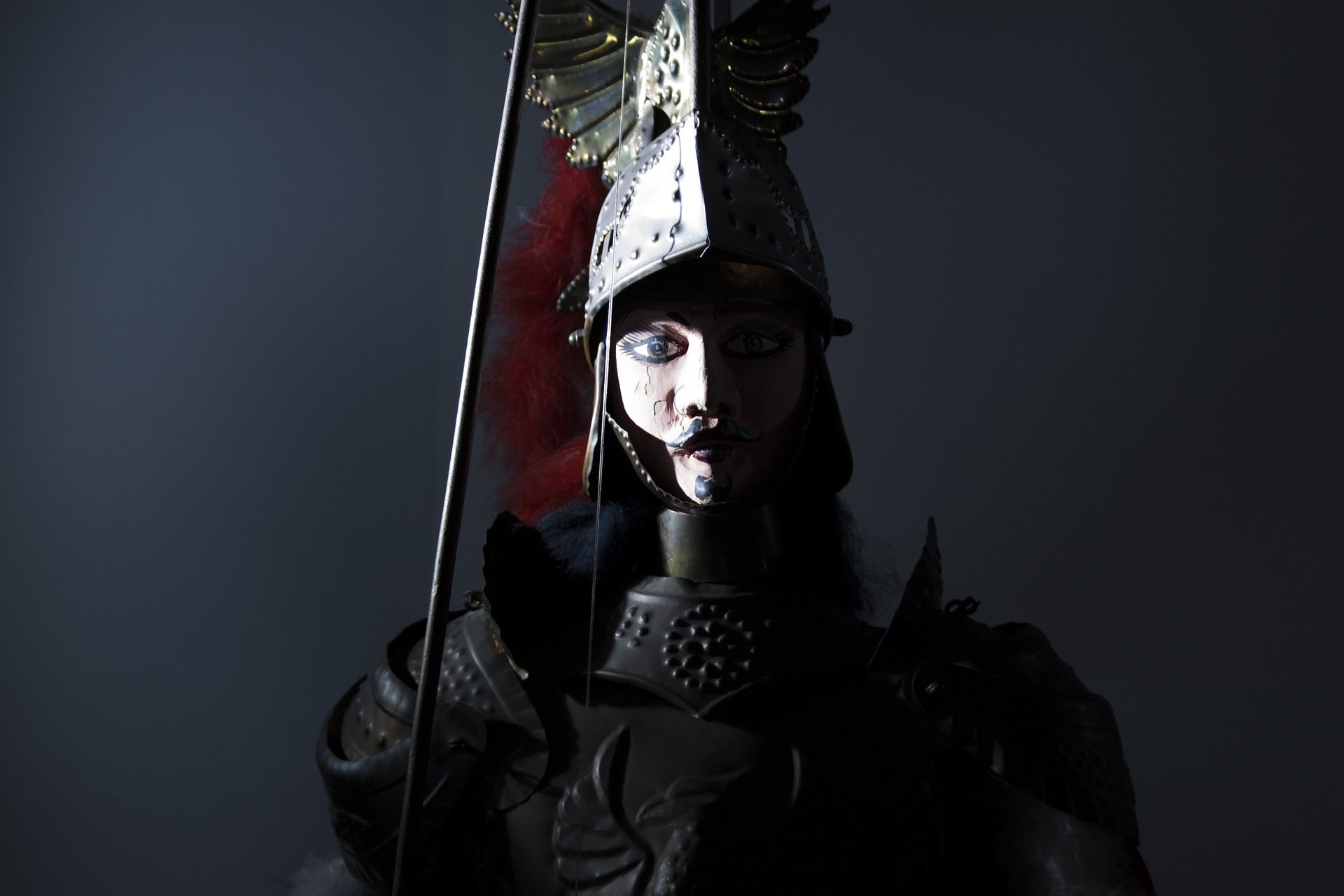 The Sicilian cities, the historical capital of Palermo, the charming commercial city of Catania, the baroque and romantic Siracusa and the legendary Agrigento have always been jewels for tourists and citizens. Places that everybody knows for their cultural, architectural and gastronomic riches. The tours in these places to catch their uniqueness are not lacking, just consult the JustExplore section of our website to realize it. But what are the origins behind the beautiful names of the most famous Sicilian cities? What do they derive from? Who baptized them? Today we want to discover it together in order to make your tours even more special.

#1 Palermo, A flower in the middle of the Mediterranean sea 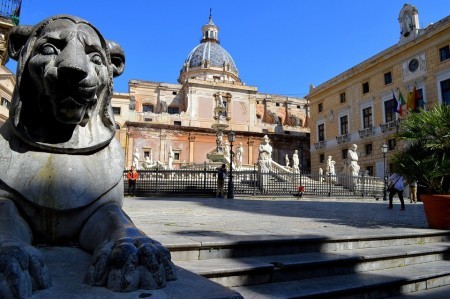 The city of Palermo has often changed its name during the ages, remember that Sicily has a history that is lost in ancient legends. There are no historical certainties but it is thought that the first name of the city was “Zyz” which in Phoenician meant “the flower“. The name would seem to derive from the shape of the city that cut from two rivers reminded the profile of a flower.

The Greeks called it “Panormos“, that means: “All Port“. This name was inspired by the two rivers, the Kemonia and the Papireto that envelop the city making it a huge sea port. The Greek name was also maintained during the Roman occupation of the city.

The arrival of the Arab domination marked a new name for the city of Palermo, “Balarm” which, however, does not contain new meanings but is simply a change of pronunciation dictated by the different language.

The Normans finally gave their linguistic contribution by calling the city “Balermus” that would be transformed in the modern age in the current “Palermo“.

Did you imagine that a flower could be transformed into a port? Sicily never ceases to make us fall in love with its stories that become legends! 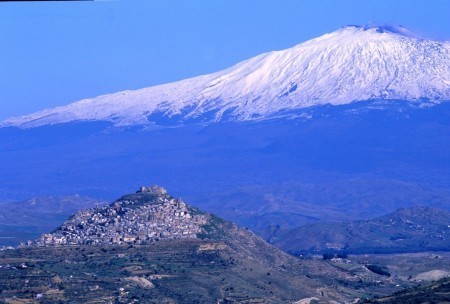 The historical certainties in Sicily are a rarity, according to the historian Plutarch, the name of the city of Catania derives from the Old Sicilian dialect “Katane” which, even if it sounds like a sword from a Japanese Samurai, means “Grater“. The name was undoubtedly inspired by the  territory shaped by the lava on the slopes of Etna, full of rocky and sharp scenarios formed by the cooling lava that can just “grate” anyone who recklessly ventures.

The second legend on the origins of this name involves the more modern and popular Latin. “Catinum“, ie: Recipient, Basin for the natural conformation in the shape of a hollow of the hills around the city or as a reference to the basin of the “Flat basement” that houses the city.

A third solution sees the hand of the Greeks who used the word “Aitnè” to name the volcano that later became “Etna” (and of which we recommend a tour to the central crater off-road). The Greeks used the prefix “Katà“, or “Supported” or “Near” to indicate this settlement located just below the imposing volcano. So Katà-Aitnè or: Catania.

#3 Siracusa, Water at will! 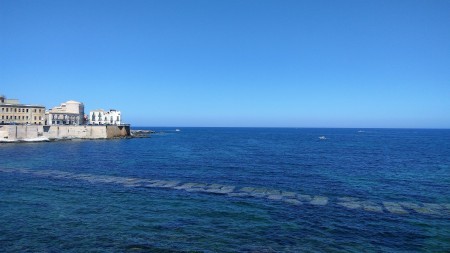 Until now the certainties are lacking on the origin of the names, for Syracuse, the fact does not change. It is thought that the name of the Baroque city of Sicily may derive from the ancient Sicilian language to indicate the marsh present in those areas “Syrako or Syraka“, that is: “Abundance of water“.

Another legend tells that the origin of the name is linked to the word of Indo-European origin: “Sur-aku“, that is: “Salt Water” or again, from the Semitic language “Sor-Cosia or Suloq“, with uncertain translation as everything the rest that varies between “Salted” or “Eastern” or “Scirocco wind”.

In short, Syracuse, one of the most beautiful cities in the world, famous for Ortigia, its historic center has origins that undermine history to make way for the most romantic legend

#4 Agrigento, always at the TOP! 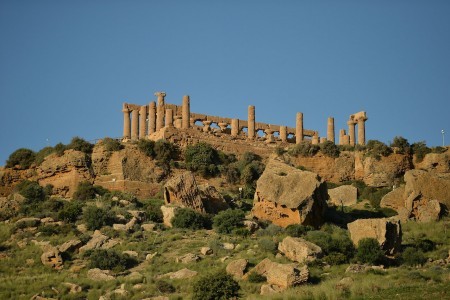 Even Agrigento, the city of the Valley of the Temples (to visit with a luxury tour) has had several names before today. In its thousand-year history it was called “Akragas” by the Greeks, the translation is high-sounding, in fact meant: “supreme, extreme, as if to indicate the maximum possible that one could wish for”. Evidently its founders had seen long.

The meaning remained unchanged but not the name, in fact, the Romans renamed it “Agrigentum“, the Arabs preferred to call it “Kerkent or Gergent” while the Normans “Girgenti“. This last name was maintained until 1927 when, during the Fascist era, it was decided to Italianise the name in the current “Agrigento” with the Italian law n.1143 of 16 June 1927.

The wolf loses the hair but not the vice, in fact even today the inhabitants of the city are also called “girgintani “.

#5 Messina, A sickle and a tyrant. 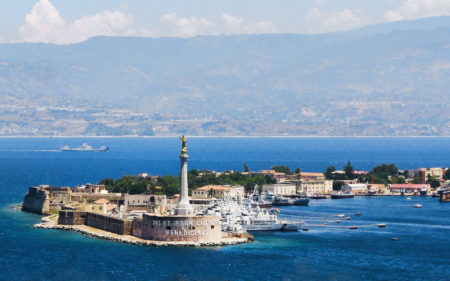 The city of Messina, Door towards the Italian peninsula, takes its name, like the other cities from the millenary succession of cultures and dominations that characterize Sicily. Its foundation by hand of the Greeks baptizes it “Zancle” or: “Scythe” for the particular conformation of its coast and its port.

The city maintained its name until the advent of “Anassilia“, Tyrant of Reggio Calabria who tried to unify the city of Zancle and Rhegion (the current Reggio Calabria). Anassilia changed its name to “Messene” when it used the city to host refugees from “Messinia“, an ancient Greek location (South-Western Peloponnese).

The Romans later transformed the name into “Messana” which became the current Messina in the Byzantine era.

We invite you to discover our tours of Sicily by clicking here.