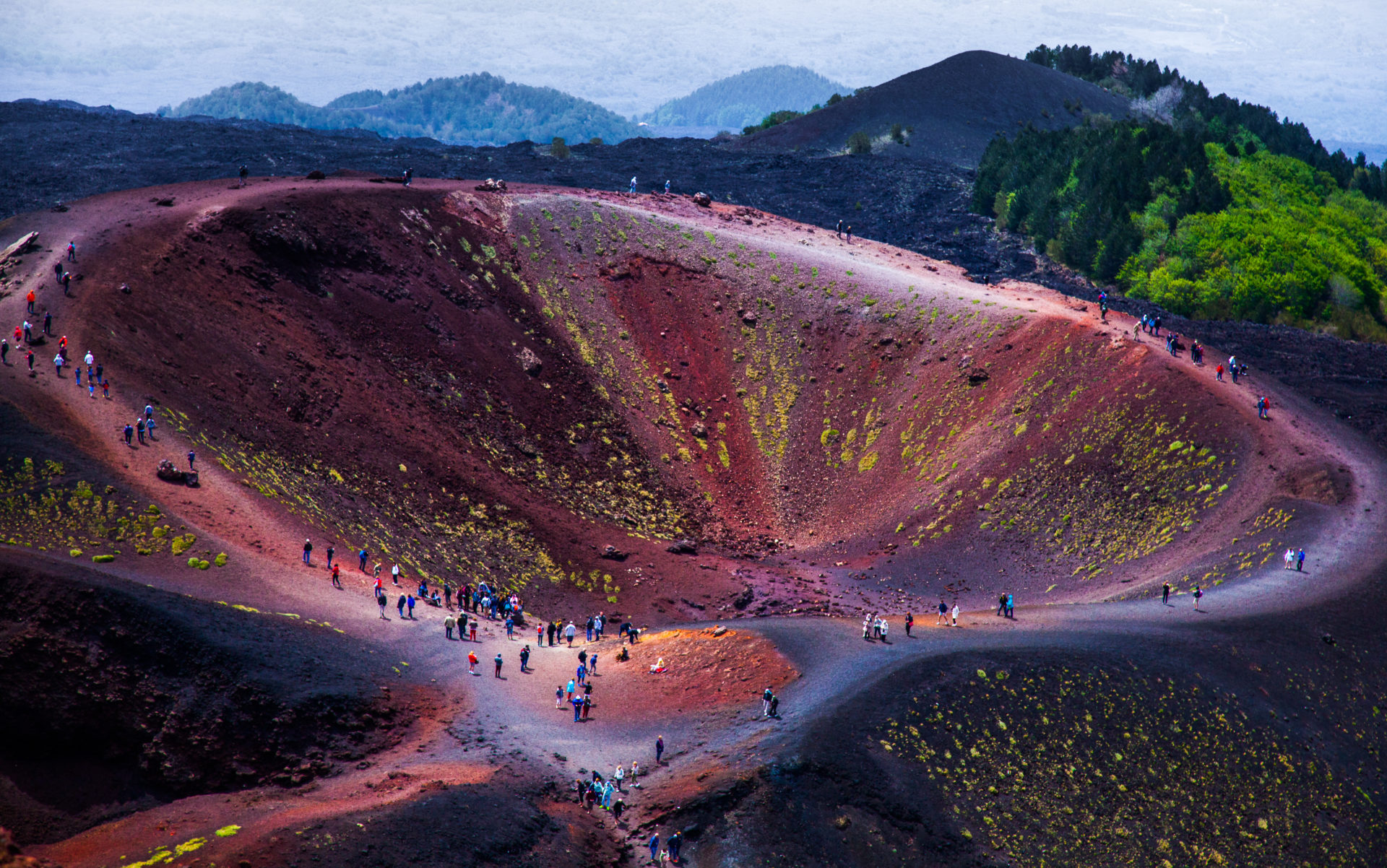 ” […] you have seen the generous Sicilian mountains covered by vineyards. You drank in Messina, in Palermo and on Mount Etna; Catania has filled your cup”. Jan Andrzej Morsztyn, Georgics

Sicily is immediately associated with beaches of fine sand and crystal clear sea but there is also a complex and precious biodiversity, the fascinating mountains. Not only the majestic Etna but also the Madonie Park and the Nebrodi Mountains are two jewels of unforgettable beauty.Sicily is an amazing universe of landscapes, situations and atmospheres whose scenarios, as in the most beautiful stages, change continuously. Sicily is a land of wonder where you will see the sea, mountains, hills, volcanoes, caves, salt flats, rivers, lakes, small islands, medieval villages and modern cities.

Together with the Madonie they form the Sicilian Appenino of Sicily, leaning out on the Tyrrhenian Sea. The Arabs defined the Nebrodi Mounts island in the island for the evocative forests, the numerous pastures, the presence of lakes and torrents, the thick and variegated vegetation. The name derives from the greek nebros, fawn that, along with bears, deer and roe deer are very present in the area. The fauna is very complex and there are more than 150 different species of birds living in this area and numerous small mammals, reptiles and amphibians.

Such a rich territory will make you taste products with extraordinary and unique flavors such as cheeses: ricotta, provola, canestrato, pecorino. Among the other typical products of the area the cold cuts obtained from the black pig of Nebrodi, olive oil, honey, hazelnuts, pistachios and berries. Among the unmissable places we recommend the waterfall of Catafurco near Galati Mamertino where you can immerse yourself in this natural waterfall with high rock walls to contain it for a truly unforgettable scenery and that will give you unique vibrations.

The whole territory of the Madonie with its 15 different municipalities is rich and varied. In the landscapes you will see alternating forests of oak, beech and chestnut trees to valleys, rivers, mountains overlooking the sea. A precious and uncontaminated territory with a biodiversity of precious flora and fauna that you can admire by stopping in one of the equipped areas that you will meet along the main routes.

Polizzi Generosa is an ideal starting point for your excursions to discover this territory. There are paths of different difficulties and therefore accessible to all, over 20 different paths that start from Castelbuono and arrive in Petralia Soprana. Piano Battaglia, besides being a destination for snow lovers, will offer you monumental trees. In the small towns of Madonie Park you will find an ancient and tasty eno-gastronomic tradition made of meats, cheeses and sweets that have been handed down for hundreds of years. A journey among strong and delicious flavors that will tell you about this rich territory.