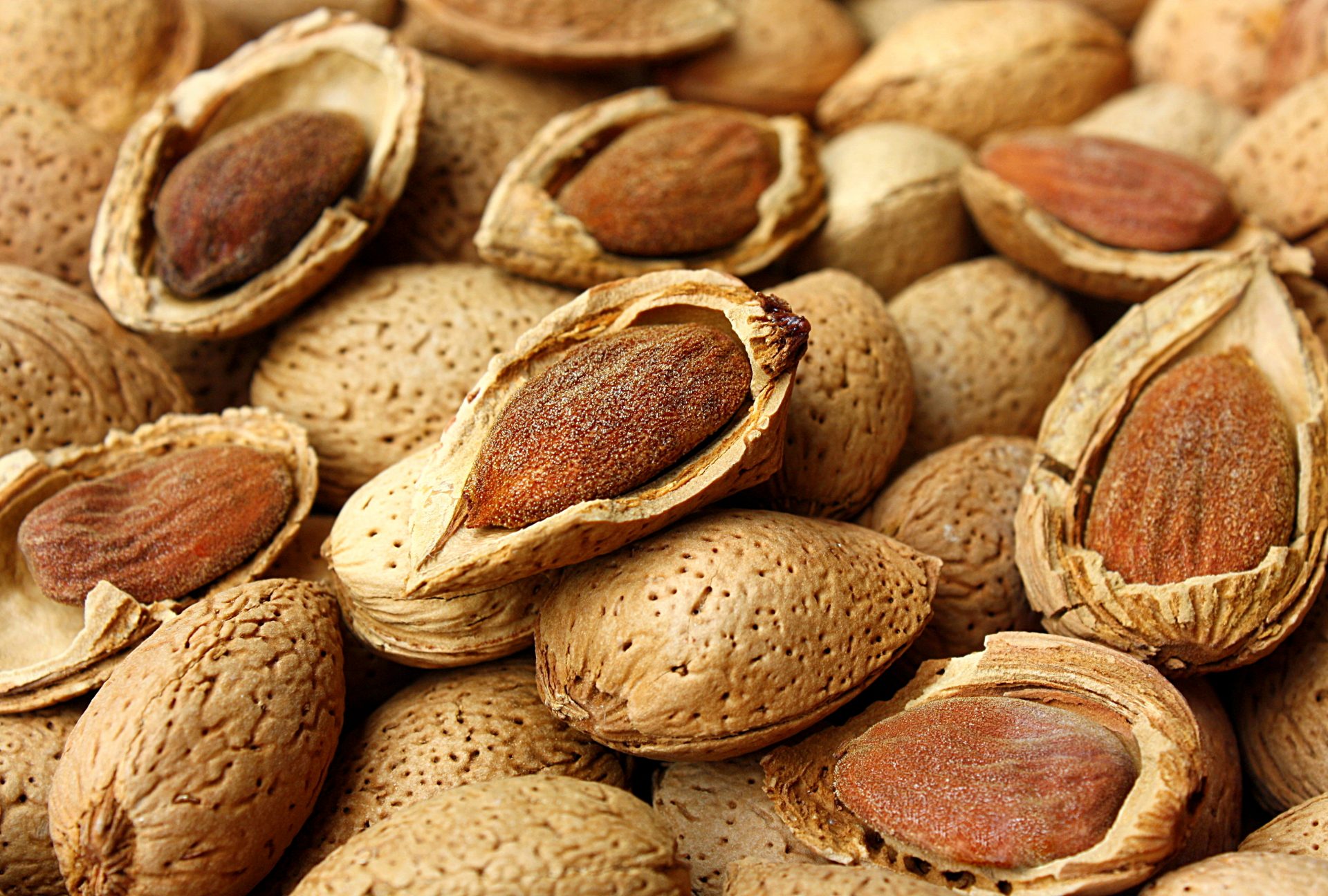 Arrived in Sicily many centuries ago, the almond is grafted in the stories of the Bible and Magna Graecia. Its perfect oval shape attracted the attention of Leonardo Sciascia and its delicious taste has inspired the most delicious delicacies of Sicilian sweet and savory cuisine.

In Sicily the almond is very common in the territory of Agrigento and in the Val di Noto. In the Valley of Temples, almond trees surround the majestic Greek monuments and, in spring, when they blossom in pink they give life to a spectacle of nature! In the Val di Noto, is widespread instead the almond of Avola in its variety “pizzuta”, that is pointed.

A precious raw material used to prepare many typical Sicilian confectionery such as nougats, sugared almonds, marzipan, that is almond paste and the typical Martorana fruit. The sweetest almond milk, the ever-present almond granita and “biancomangiare”, that is almond pudding, must be mentioned as well.

Sicilian almonds are considered the best in Italy and their sweet taste is the undisputed protagonist of the precious creations of master pastry chef Corrado Assenza and of his Caffè Sicilia, where you can even taste an Almond Soup. Renowned for his creations and for the Netflix series in his honor, Corrado Assenza has worked to safeguard the variety of Noto Almonds.

JustSicily can make you try the taste of Sicilian almonds, the beauty of the area, the majesty of the Valley of the Temples and above all, the exclusive experience that combines all the senses in an unforgettable tour.

Discover our Noto & the Sicilian Baroque tour or contact us for a personalized tour!