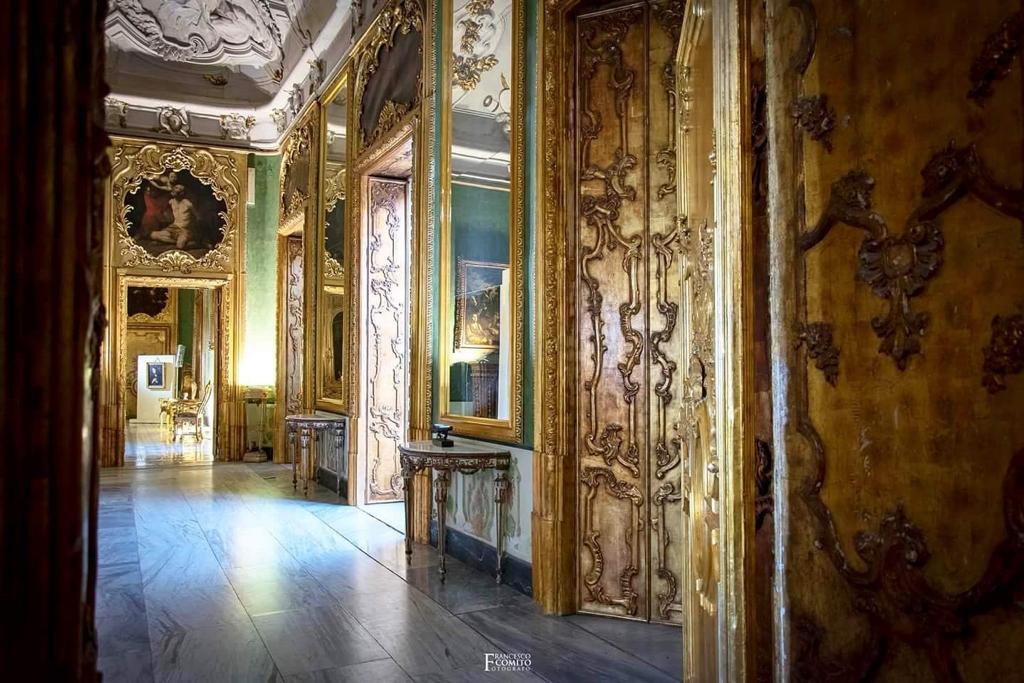 Palermo is well known for its historical monuments, a tangible legacy of ancient and multiple colonisations. But not so old are the traces of the many nobles who lived in the island’s capital and built true treasure chests full of unique and enchanting treasures. Sometimes set in the historic centre, other times almost hidden in the middle of the countryside, are the famous palaces and noble villas of Palermo. JustSicily wants you to discover them in its own way, creating exclusive itineraries that retrace the splendour of the times when these historic residences shone, attracting the highest European nobility. Here are some examples:

Palazzo Butera is a monumental complex in Palermo located within the historic Kalsa district. In 2016 it was purchased by Francesca and Massimo Valsecchi, who financed the complete restoration of the property with the aim of creating a museum centre for contemporary art, where they can also display their private collection – among the most prestigious in Europe.

A true open laboratory where history, culture, science and art act as a driving force for the social development of the city of Palermo. Of particular interest is its view of the Foro Italico and the Gulf of Palermo, with the so-called Passeggiata delle Cattive.

Palazzo Mirto is a historic palace in Palermo, now a house-museum, located in the historic centre of Palermo, in the Kalsa, an ancient fortified Arab citadel. For four centuries it was the Palermo home of the Filangeri family, whose origins date back to the Norman period. In the first half of the 17th century, Giuseppe Filangeri was appointed Prince of Mirto, from whom the Palace takes its name.

The first floor, or piano nobile, has a sequence of sumptuous rooms teeming with precious paintings, ceramics, vases, decorations and elegant tapestries belonging to Palermo’s aristocracy. In 1892, Donna Maria Concetta Lanza Filangeri handed over her ancient palace with all its furnishings and art collections to the Sicilian Region.

In 1751, after a major earthquake, Prince Domenico Alliata commissioned Giovan Battista Vaccarini, one of the greatest Sicilian baroque architects, to renovate the residence, giving it the late 18th-century appearance it still has today. The sumptuous main floor houses, in large furnished and decorated spaces, furnishings, paintings, statues, weapons, armour and a prestigious art collection with works by great artists, including Mattia Stomer, Anton Van Dyck and the Sicilian Pietro d’Asaro.

Discover our tour of the Noble Palaces of Palermo!